The story about how I told the truth and what had followed.


During Sochi Olympics the interest of Americans  toward Russia had understandably increased.  Good people from Indianapolis Star- a city largest newspaper-approached Russian school, otherwise obscure and not known to anyone, and asked native Russians about that country far, far away.  The meeting was lighthearted.  First, the reporters were genuinely surprised that such school existed and that there were people from Russia living among 700,000+ Hoosiers of Indianapolis.  Then the question about leaving Russia was asked.  The story of four generations living in  2 bedroom apartments made reporters' eyes pop.  The reminiscence about learning to throw hand grenade and put on gas masks at grade school  made them nod their heads and revisit their own childhood scare of communists' attacks. The nine time zones of the vast expanse of Russian land, the infamous lines for food, the value of friendship, the chaos of perestroika, the divided families, the sweet memories of childhood...- everything was discussed,  relived, and appreciated with the nice dose of amazement, amusement and good humor.


And then it came, a question of what team I was rooting for.  A simple question with no intended undertones or hidden agendas.  The reporter made her inquiry and smiled expectantly.  And despite 20 years in the US, I realized that I am torn in my sport' allegiance.  I didn't want for US to lose, but I also liked for Russia to win.  At least in hockey, and cross country, and figure scating, and biathlon, and, well, to win.  The pregnant pause, as they say in women' s novels, filled the air and I  blurted: "Russia, I guess."

The reported smiled happily, probably glad that this voyage into  the past had ended, we shook hands and parted amicably to go our own ways.

The paper came out in a couple of days and the online comments have started.  And these comments sounded  like what people always  felt toward immigrants, but were trained by politically correct structure to hold inside.
There were advises to show more gratitude "for the opportunity they (foreigners) received of a better life, in America", and comments that  "immigrants need to realize that they are guests in our country!"  Or to leave:  " If they miss the Soviet Union so much maybe they should go back. I am assuming they are American Citizens. If that is the case they need to act like they are. It's one thing to harbor and protect people from a ruthless regime for a period of time but when we accept them and let them enjoy all the benefits of this country they should become Americans."

Many other things good and bad can be found here: http://www.indystar.com/story/life/2014/02/06/beyond-vodka-and-bears-what-5-russians-want-you-to-know-during-olympic-games/5265017/

I responded to the comments and, to my happiness, received a lot of support! Thank you!   Eventually, the dust settled, but the thoughts nonetheless remained.

So, here they are.  I feel pride for the U.S. and for being an American. No one brainwashed me to say it; that is how I feel,  because to me - and I am not a politician, but a common citizen- it is a logical, lawful, and a stable country.  One has to work hard here and possibilities are limitless.  And people are officially entitled to a pursuit of happiness.  How simple! Essential. Brilliant. An absolute cliche, but it is a cliche, because it is so true. But ...

But the narrow-mindedness of those commenting was unbelievable.  The jealousy. The judgement. The equating one's own opinion with the one of the entire country.  How quickly people discarded the fact that the United States IS the country of immigrants.  That their parents indeed immigrated from Germany, Italy, Ireland, Poland, Mexico, etc., etc. That having no feeling toward your motherland is the very least soulless, heartless... The number of these questions is huge.

I go to Russia every year.  Take students, teach, visit friends and relatives.  There are so many similarities with the west:  stores that are filled with the western products and bright packaging, skyscrapers, English titles on the front doors of restaurant and cafes...   And still so many differences.  I miss it.  Miss the memories of my childhood.  Miss hearing Russian.  Miss the snow, the grey sky, my friends, the ice cream sold outside in -20.  But it is not my home anymore.  Things have changed and so did I.  Until a few weeks ago I thought that my home was here in the US.  Is it?... 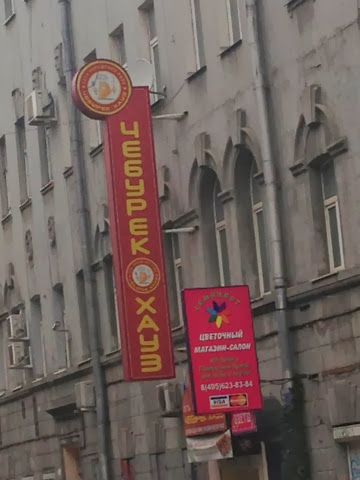